Also known as the Broughton-Sanders-Mason-McWilliams House, Broughton Hall is another wonderful antebellum home in the midst of the Historic District of Madison. 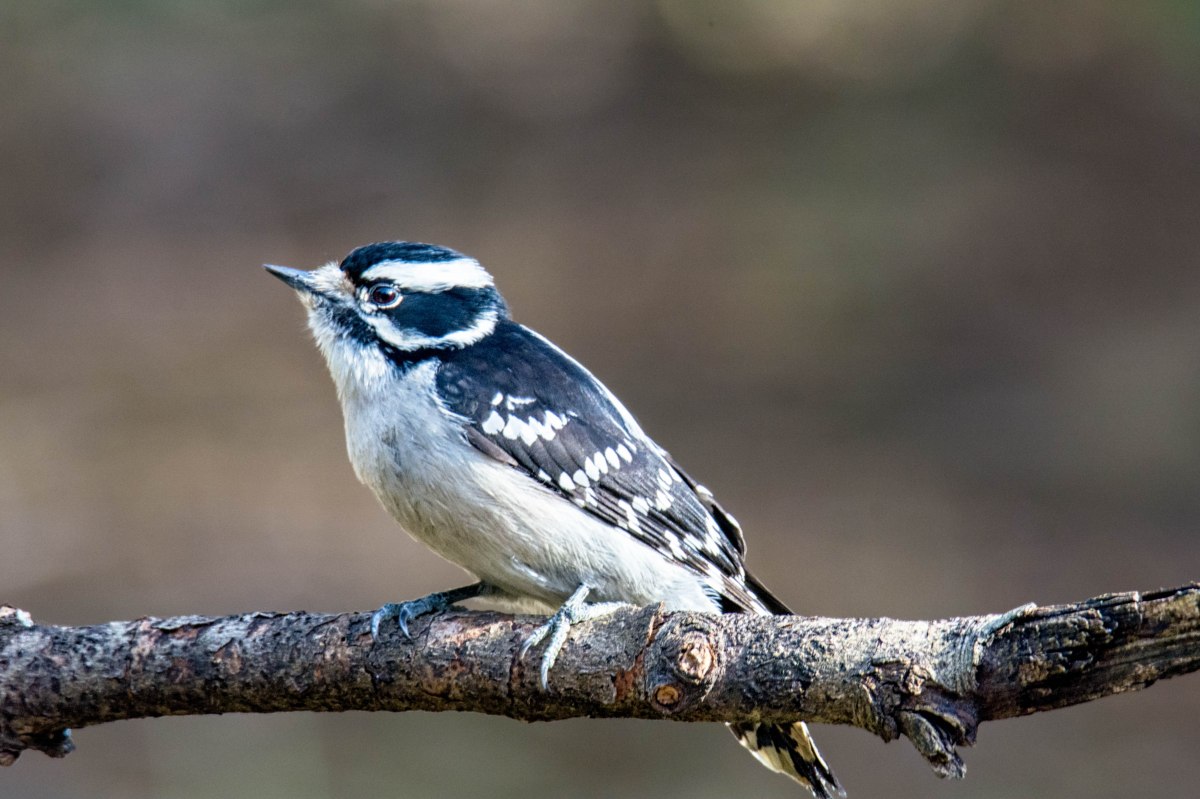 I love it when we get a variety of birds at the feeders.  It is also neat to see the pairs of male and female coming in so you can see the differences.  Here is a female downy woodpecker waiting her turn for some suet.  The only visible difference between male and female seems to be the red patch that the male has on the back of its head.  I saw her mate (probably eating at this point) but didn’t get a shot of him this time.

This beautiful, Greek-revival home stands as a testament to the influence of its original owner, US Senator – Joshua Hill, who is believed to be the man who convinced General Sherman to pass over Madison, Georgia while on his “March to the Sea”.  A fantastic example of antebellum architecture, you see it here on Christmas day with holiday decorations adorning the windows.

From the Historical Marker on Main Street:
Joshua Hill, noted Georgian of the Civil War and Reconstruction eras, was born in 1812 in the Abbeville distirct, S.C.  He studied law and came to Ga to practice, settling in Madison after living in Montecello for a time.  Having strong Whig and Unionist priciples, he was drawn into the American or Know-Nothing party when the Whig party in Ga collapsed and was elected to Congress in 1856, defeating Lincoln Stephens.  An outspoken opponent of secession, Hill resigned his seat in 1861 rather than withdraw with the other members of the Ga delegation.  In 1863, he made an unsuccessful bid for the governorship.

After the war, Hill participated actively in the work of Reconstruction as a member of the constitutional convention of 1865 and as a U.S. Senator.  Elected to the senate in 1868, he qualified in 1871 and served until 1873.  Although he entered Republican party and supported Radical Reconstruction, he never lost the respect and admiration of the people of Ga.

When his term ended in 1873, Hill retired for politics, coming out of retirement only to take part in the constitutional convention of 1877.  He died in 1891 and is buried in Madison.

I’m not quite sure what the deal is here.  The appearance of any yellow-colored bird always attracts my eye.  I don’t see a whole lot of them around my house and I jump when I see one.  At the same time, I have a very hard time distinguishing what type of bird it is without a lot of work.

I’m pretty sure this is a Pine Warbler.  Had to ask David Akoubian and he said yes, that’s right.  I got this one on my first try at setting up a “natural” looking spot at the bird feeder.  At this point, it’s just a branch that I laid over the top of the feeder as a place for birds to perch while waiting their turn for some seed.  This is a good way to get them up close and to have a natural clean background.  Another “bird nerd” idea from David.

Another one of the beautiful antebellum homes in Madison, Georgia.  I am amazed that this home has survived with a huge front yard right on Main Street!  This beautiful Greek-revival style house really has the plantation look but is right in the middle of this gorgeous little town. 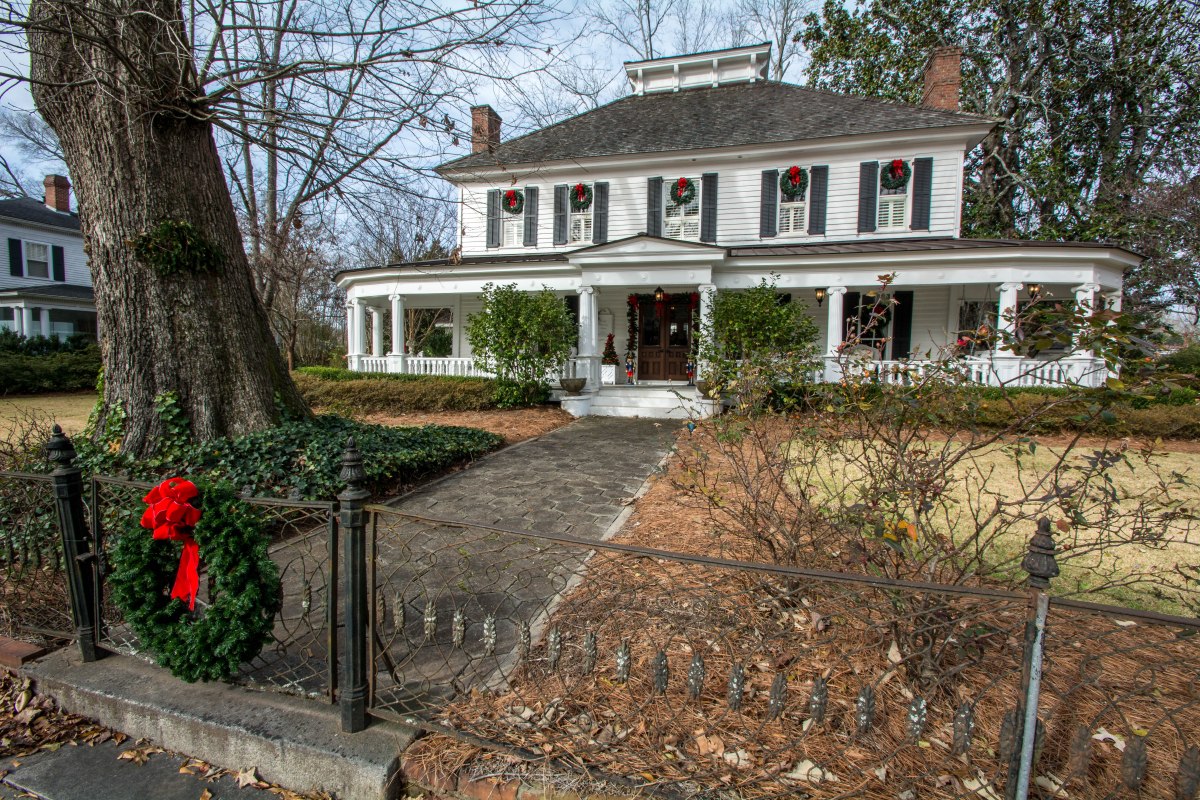 As most people know, during the Civil War, General Sherman marched through the Atlanta area and burned most of the existing architecture to the ground.  One notable exception was the town of Madison, Georgia where we spent Christmas morning with my daughter and son-in-law, Megan and Ryan.

One of Madison’s leading citizens, Senator Joshua Hill, was a strong unionist who had resigned his seat in 1861 rather than join the rest of the Georgia delegation in seceding from the union. He had made a gentleman’s agreement with Sherman not to burn the city.  As a result, the town is one of the best examples of antebellum architecture in Georgia.

The image here is of the Jessup-Atkinson house, which stands directly across South Main Street from the Madison-Morgan Cultural Center. The house is sometimes called “Luhurst” in memory of Lula Hurst who travelled the country performing an act consisting of illusions of levitation and strength. She later married her promoter Paul Atkinson, who at one time owned the Battle of Atlanta cyclorama, and settled down in Madison until she died in 1949.

It’s always interesting to see which birds are going to hog the feeder and which will bolt a the first sign of a challenge.  In this case, the bluebird was standing his ground and didn’t want to share with the downy woodpecker.  It is not always the biggest bird that does this.

I have noticed that Blue Jays tend to make lots of noise to scare other birds off but when they come in, the slightest disturbance will send them flying away.  Hummingbirds are pretty agressive when competing for food.  Of course, if a hawk shows up, everybody hits the road!  Nature is funny that way. 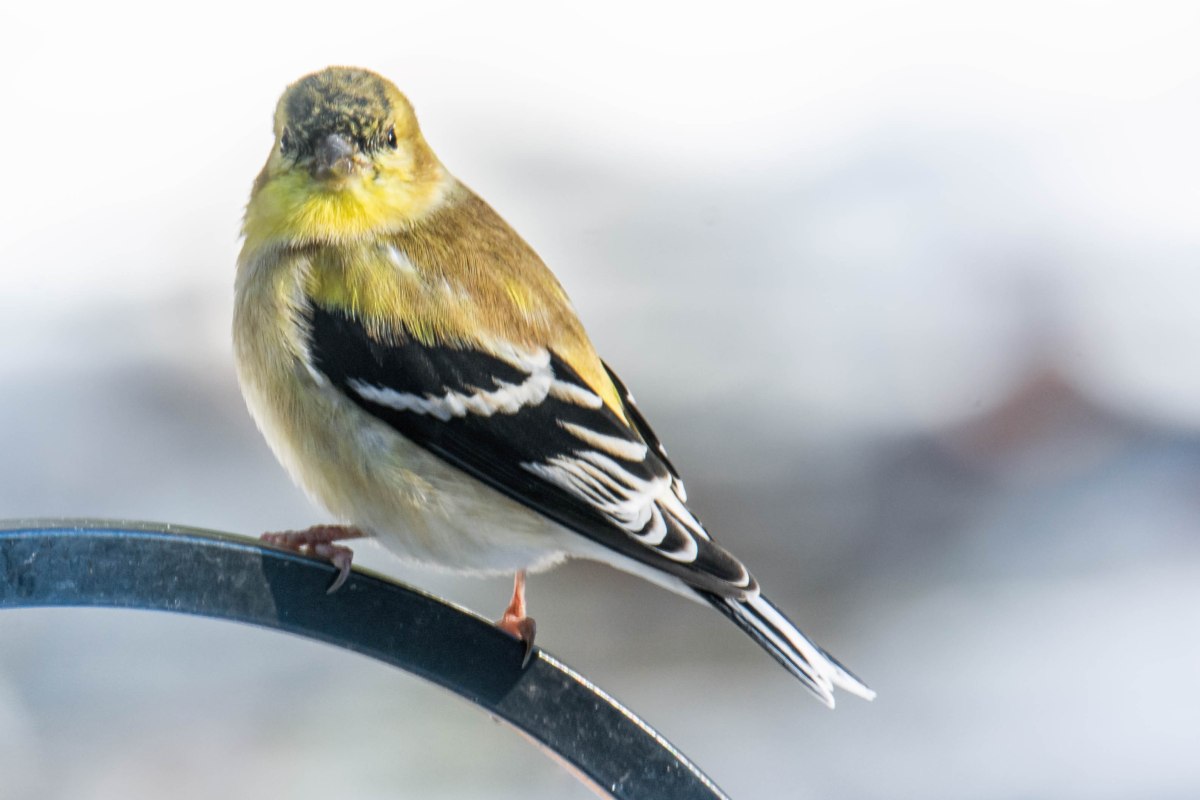 I love to catch that moment when it certainly seems that the birds are looking right at you.  They may be much more interested in a competitor for the food or some predator like the neighbor’s cat but there’s that look like they are trying to communicate with you.

If we could get a somewhat sunny day, I would be spending lots of time watching these little wonders.  As of now, it looks like we’re in for another dreary winter day.  Oh well, Christmas is amlost here!!

No matter how common the birds are, it is a pleasure to watch these little winged visitors from my window.  Carolina Wrens are fantastic singers who add such joy to the day whether it is summer or winter.  I am definitely enjoying how many birds are visiting now that the weather has cooled off. 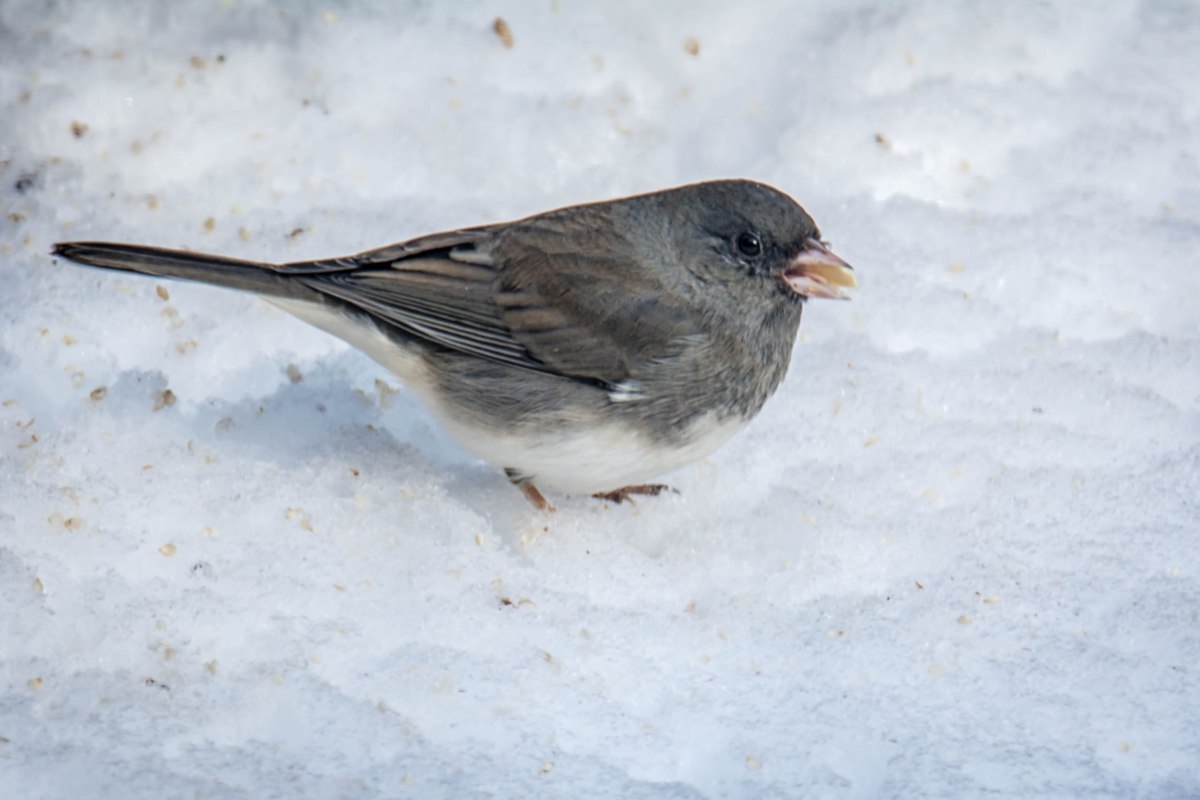 This little junco was among the many birds that never went onto the feeders but stayed on the ground.  I had a serious challenge trying to get a shot of it since they hop around quickly and don’t stay in one place for long.

This was a reminder to me to think of how different birds have their own prefernces for how they feed.  Some love the hanging suet baskest like the woodpeckers and bluebirds,  others seem to like an elevated platform, while others like the finches seem to prefer column feeders.  It’s good to provide a variety of options if you want to seem more than one type of bird.