Our last morning of the Spring in the Smoky Mountains Workshop was a return to Cades Cove.  We were hoping that the sun might peek out after the rain showers had finally stopped but no such luck.  We did however get treated to a wonderful foggy morning which shrouded the mountains and gave the landscape a beautiful white backdrop.

I got this image on one of the many roads that are lined with split-rail barbed wire fencing.  The light was beautiful as the early morning sun broke through to warm things up but the fog was still covering everything in the distance.

We were a bit sad to leave the area as Sunday was turning out to be beautiful.  Wish I could have stayed longer and we had the chance to go up to Clingman’s Dome but the elevated roads were still iced over and there was snow at the top of the mountains the night before.

Have to get back up here more often!

The last day of the Roswell Photographic Society 3-day Summit, was focused on Macro photography.  Roman Kurywczak had given us a talk on his approach to macro which is a bit different from what many others teach. 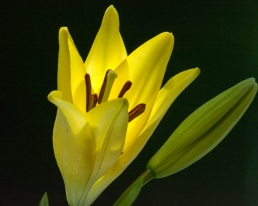 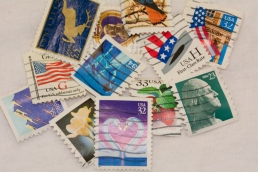 Roman gave us an approach which would allow macro photography in almost any situation, even in places where you aren’t allowed to have tripods!  To enable macro photography without a tripod he uses a combination of a small aperture (f22), high ISO (800) and a powered-down flash.  The aperture gives you enough depth of field to be able to get close and still have enough depth to cover your subject but, this also limits the light coming through the lens.  To compensate, he uses a higher ISO and a flash for fill light.  We were also told to use a relatively high shutter speed such as 1/100 or 1/125 to allow for a little movement which is often un-avoidable, especially when shooting outdoors.

The real trick to this approach is to use the RGB histogram in your viewfinder.  To get the right exposure using Roman’s approach, you need to adjust your light to capture the detail without blowing out the highlights.  In particular, he emphasized using the RGB histogram rather than the combined one that most people look at because some colors (red in particular) will get blown out more easily.  The way it works it that you take a test shot and adjust the +/- settings on the flash to a point where the histogram is filling to the right but not spiking on the right.

If you are able to use a tripod, you can change from the suggested settings above with a longer shutter speed or lower ISO.  The idea with the set-up that was presented is to allow you to shoot macro hand-held and in areas where you don’t have control over the ambient light.  I will have to keep playing with this and see what I can do to improve my skills here!