One of my Christmas gifts this year was a deck of cards with photography ideas.  The first one I picked up on was for macro photography with the idea of using game pieces as a subject.  I went poking about in the basement and found some old board games that I got from my grandparents.  This one has some wonderful graphics that I thought would be interesting but it also has a neat story behind it. 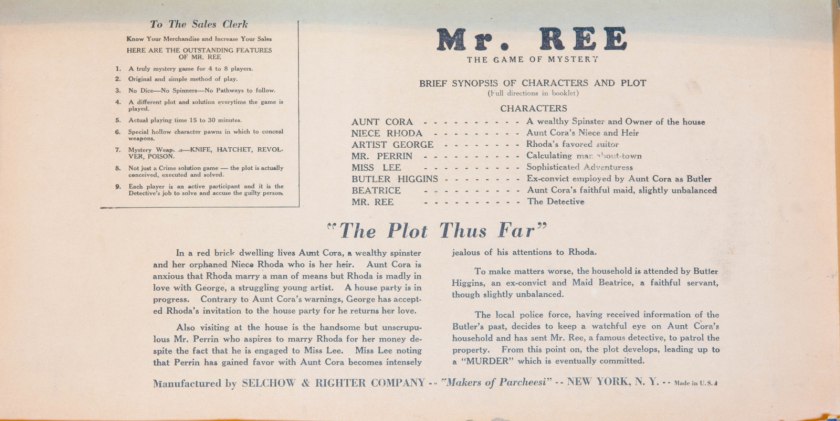 Mr. Ree is a Murder Mystery board game introduced by Selchow and Righter in 1937.  This was the first of its kind in a line of very popular mystery games which include Clue! (Which was originally released in England as Cluedo in 1949).

If you are familiar with Clue, it is easy to see the similarities.  The game board is set as rooms in a house, with players taking on the roles of characters in the story.  There are also game pieces for the murder weapon.  Mr. Ree is different in that there are no dice involved (all game play is determined by the draw of cards) and the murderer and victim are decided during the game.  Where Clue has a pre-determined answer, Mr. Ree is a guessing game that depends on the luck of the draw and the wits of the players.

Mr. Ree was hugely popular and remained on the market until the late 1950’s.  There were several versions including the original 1937 (square box) a 1938 update to include a game board, a 1946 version in green packaging and a 1957 version with a complete revamp of the design.  The game set that I have has a copyright of 1946 but is in the blue and gold package that came out in 1938 (prior to the 1946 green box).  Fortunately, my grandparents were very good at keeping thing carefully and the game still has all the cards and game pieces. 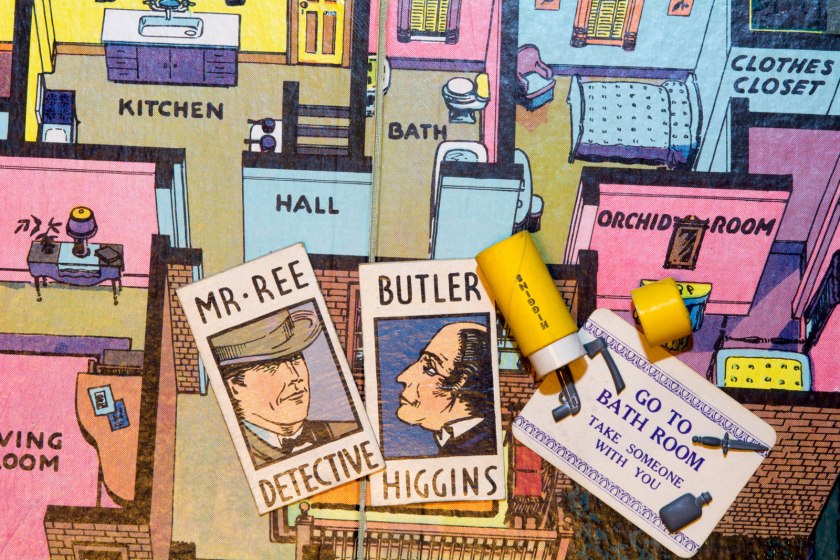 Photography is my way to capture and share the amazing beauty of God’s handiwork in the people and places that I experience every day. I focus mainly on nature and travel subjects but also do alot of event work for my church and the occasional wedding or portrait session. My residence is Roswell, Georgia – a northern suburb of Atlanta. I try to get around the Southeast as often as possible and would love to explore other parts of the USA and the rest of the world. Member of: Roswell Photographic Society Contributing artist: Getty Images View all posts by stgrundy